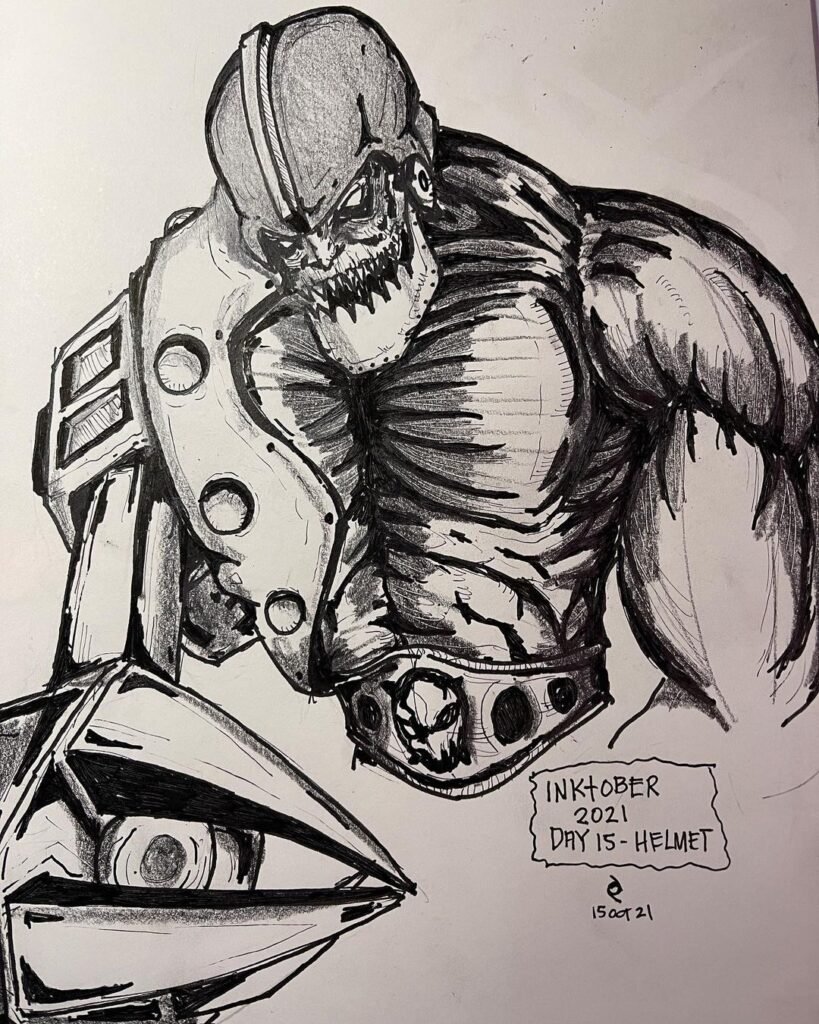 Trap Jaw is introduced into the toy line’s accompanying cartoon series by Filmation, in the show’s pilot episode “Diamond Ray of Disappearance” in which Skeletor describes him as a ‘wizard of weapons’. He goes on to become one of the most frequently used villains of the series, usually paired alongside Beast-Man.

His character portrayal is significantly toned down from the psychotic mass murderer of the mini-comics to render him more suitable for a younger audience. He is therefore portrayed generally as bold but discourteous, amateurish, and unprofessional, one of the least brainy of Skeletor’s warriors, played mostly for laughs. However, he still has his moments in the spotlight, most notably in the episode “Double Edged Sword”, in which he goes after the mineral Eternium, Eternia’s most powerful mineral which powers the Royal Kingdom, and eats it, giving him power equal to that of He-Man. He also occasionally shows mechanical expertise.

Trap Jaw is one of the few characters who was not designed by Filmation to appear symmetrical, allowing the animation cells to be flipped over when needed, saving animation costs. Given this, it is maybe surprising that he appears as often as he does. However, very occasionally, his mechanical arm can be seen on the wrong side of his body.

In the series bible, Trap-Jaw was a criminal, who became stranded on Infinita, and fell under the command of Skeletor.

He and Beast-Man were originally intended to appear in the episode “Capture the Comet Keeper” working for Skeletor but they were replaced with Two-Bad since Mattel wanted to put an emphasis on the newer characters.