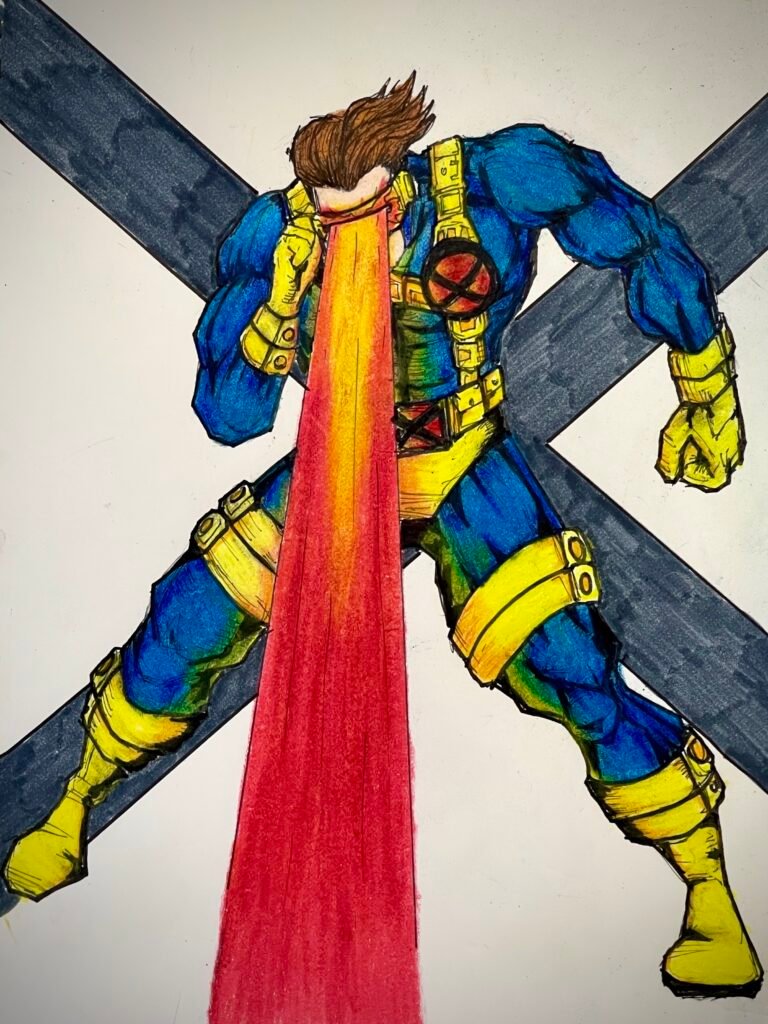 Cyclops (Scott Summers) is a fictional character appearing in American comic books published by Marvel Comics and is a founding member of the X-Men. Created by writer Stan Lee and artist/co-plotter Jack Kirby, the character first appeared in the comic book The X-Men.

Cyclops is a member of a subspecies of humans known as mutants, who are born with superhuman abilities. Cyclops emits powerful beams of energy from his eyes, and can only control the beams with the aid of special eyewear which he must wear at all times. He is typically considered the first of the X-Men, a team of mutant heroes who fight for peace and equality between mutants and humans, and one of the team’s primary leaders.

Cyclops emits beams of energy from his eyes, described as “optic blasts”, which have the appearance of red light and deliver massive concussive force. His cells constantly absorb solar energy and he can use some of that energy to create an opening to another universe in front of his eyes. The beams fire from these openings. The beams cause no recoil or heat, are tremendously powerful, and can be used to rupture steel plates and pulverize rock, or even punch a hole through a mountain. The beams constantly emanate from his eyes involuntarily, and can generally only be stopped by his own eyelids, or by shielding his eyes with “ruby-quartz”, a translucent mineral; Cyclops wears ruby-quartz as lenses in glasses or in his visor, which is generally the only way for him to safely see without inadvertently damaging his surroundings. The beams’ involuntary nature has been explained as a psychological shortcoming that resulted from childhood trauma. Cyclops can nevertheless manipulate the beams in several different ways, partially through the use of adjustable apertures in his eyewear that allow the beams to fire through their shielding at variable levels.